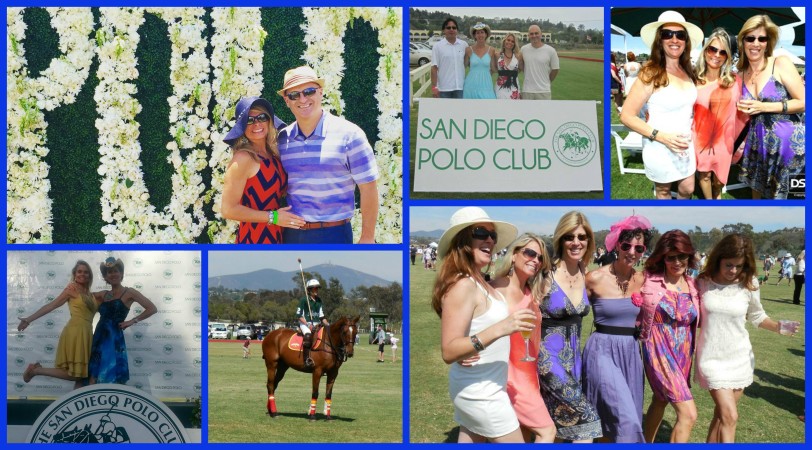 Polo Season kicks off Sunday June 11, with Opening Day and runs through October 29th. Polo has been a tradition in San Diego for 111 Years, 2017 marks the 31st Anniversary of Polo at the Del Mar/ Rancho Santa Fe Polo Fields.  Just a few quick things before you go.

Polo is a game played on horseback with two teams whose objective is to score points on the opposing team. The Players use a mallet to hit the ball, points scored are called goals. A goal is any time the ball crosses, the line between the goal posts.  There is no goalie and after each goal the teams switch goals.

There are 4 players on each team called a quartet.   The Players are designated offense or defense players. Player No. 1: is essentially a goal striker.  No. 2: is also a forward  No. 3: is the pivotal player between offence and defense who tries to turn all plays to offence. No. 4: known as the back, is the most defensive player whose primary responsibility is to protect the goal area.    Each player is on horseback, the horse is called a Pony.

To start the game, called a Match, the two teams line up parallel to each other and the umpire tosses the ball in between the two teams.   It is called a Throw-In.

The Match is divided into six, seven minute time periods called Chukkers. Chukka comes from the Indian word for a circle or round.

The most basic concept in the sport of polo is the line of the ball, its an imaginary line that is formed each time the ball is hit.  The player that hits the ball last is considered to have the right of way. This can be taken away by moving the player off the line of the ball by making shoulder-to-shoulder contact.

Ladies and Gentlemen put on your Sunday Best and head to the Field. Ladies don’t wear Stilettos you will be walking in grass and dirt.  So I recommend Flats, Flops or Wedges.  You will thank me later. 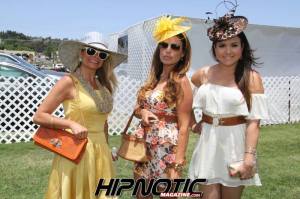 Don’t forget sunglasses, sunscreen and hats, it’s hot out on the field.

There will be a Divot Stomp where all spectators grab champagne glasses and hit the field to replace all the divots kicked up from the pony hooves.  I think this tradition is brilliant- creates a cheap grounds crew.

The gates open at 12:00pm, the first match starts at 1:00pm. Followed by Halftime champagne divot stomp.  The Feature Match USAV vs Argentina at 3pm.

Grab your tickets for the 2017 San Diego Polo Season.

Grab your Hat, Sunscreen, Sunglasses and see you for Sunday Funday out on the Fields.